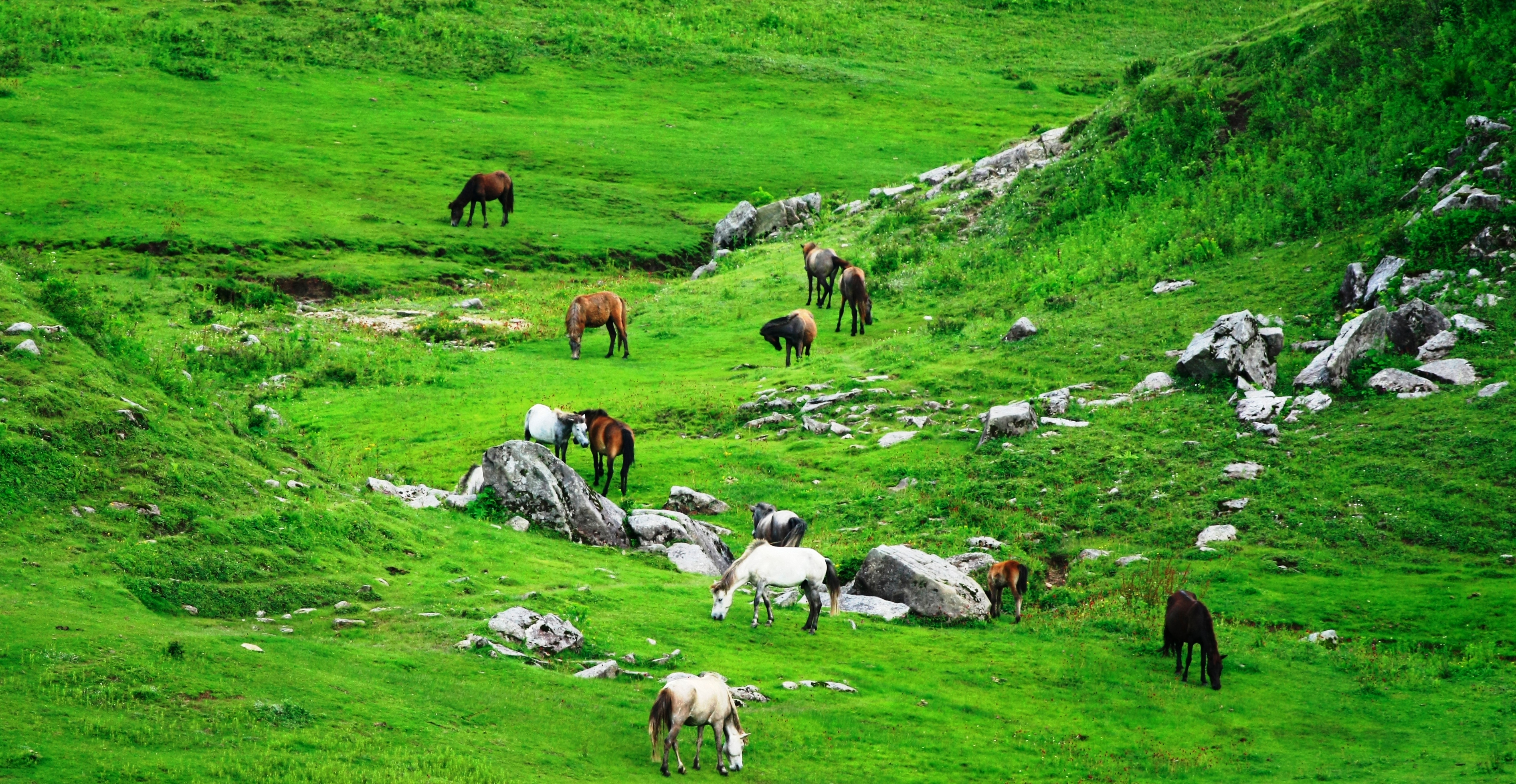 Khaptad National Park with an area of 225sq. kms. Lies in the mild hills of the far- western region. It is a plateau situated at an altitude of 3,000 meters covered with grassland and forest. The forest is covered by the tall fir, yew, rhododendron, oak, dense strands of bamboo and smaller spruce and varieties of medicinal herb. It is a home to leopard, himalayan yellow marten, ghoral & himalayan thar. Danphe, kalij, and monal, pheasant, ehukar partridge, red and yellow – billed blue magpie and himalayan griffin are species of birds found on the park.